I haven’t blogged in a while, because a lot of stuff has gone on for me recently, but I’m overdue for a post about an amazing woman I have the privilege of knowing.

This one is about CATHY POWER.  Power is her name, and she lives up to it as an artist and as a person.

First of all, she is an incredibly talented musician. In addition to all the instruments she can play, she’s a beautiful singer.  I remember the first time I heard her singing voice. I was helping a band called THE MISFIRES get gigs, and she was the singer on their recorded demo CD, and I thought she had one of the prettiest voices I’d ever heard. Then I saw her in a couple of shows at Infernal Bridegroom and later Catastrophic, and it turns out, she is a good actress, too. I’ve gotten to know her a bit since then, and I’ve discovered that she’s also just a really good person. She always jumps in to help when she can, and she is kind and compassionate. Recently, she jumped right in to help me find a way to re-home some cats because she is just good-hearted. 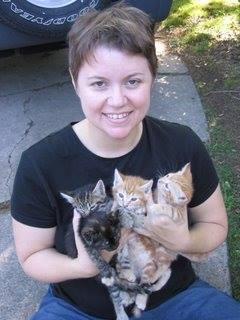 Here is her official bio:

Cathy Power is a multi-instrumentalist and singer. Cathy composes and performs with Two Star Symphony when they play as an eight-piece band. She recently worked with them on a new composition for Dominic Walsh and Whim W’him Dance Company to be performed live in Seattle in January 2016. She also recently contributed as a composer and performer to the critically acclaimed album Seven Deadly Sins, which was released in 2015. Cathy also performs and records with the band, Merel and Tony and The Woe Woe Woes. Cathy was a member of the Infernal Bridegroom Productions company and orchestra for over ten years and is currently a member of The Catastrophic Theatre Orchestra. Among the many highlights of her career are playing Laurie in Speeding Motorcycle, a rock opera based on the life and work of Daniel Johnston, being named “Best Spectacle” in 2001 by the Houston Press for her work as a performance artist, being a musical presenter at TedX Houston, being recognized with Two Star by TALA as 2012’s Artist of the Year, and winning awards two years in a row working as a composer with Hot Pixel Action for Houston’s 48 Hour Film Project.

I totally recommend checking out her work. She will also be playing with one of her bands, Houston’s A.S.S. ( an accordion cover band), at Mildred’s Umbrella’s WOMEN ROCK! Fundraiser at Rudyards on Feb 22.