With all the social distancing, many people have not seen anyone in person from outside their household in months. I am one of them. As we are social creatures, I, like others, have connected more online. I don’t want to stop doing that, but it feels like some interactions have been worse than they would have in person, and it’s seriously giving me a headache.

When Trump was elected president, I couldn’t even believe that there were so many people in this country who would vote for such an ignorant, narcissistic buffoon.  I thought most of them had to be evil, or at the very least stupid.  They quickly identified themselves on social media by posting memes about how ‘liberals are crying because they lost’, and sometimes I was surprised to see who they were. When I tried to  explain that the reason many of us were upset was not because we were ‘sore losers’, but because we were terrified that a very dangerous narcissist was now in a powerful position to do terrible things to our country, they called me names and continued to jeer at me. It was like going back to elementary school trying to talk to them, and  I eventually realized that no amount of reasoning was going to change their minds, and that while some of them are evil, and some of them are indeed stupid, most of them are neither. Some of them are just brainwashed. They have been conditioned with this ‘us and them’ mentality over many years through a steady diet of very specific and concentrated news sources, and politics have turned into a game where  they’re metaphorically sitting in a sports bar, hurling insults at the losing team.

Currently some people in this group are holding ‘anti-mask’ rallies, protesting for the right to infect themselves and everyone around them with a deadly disease, because they have been told that a global pandemic is a lie by the other ‘team’, which is being supported by the entire rest of the world.  To make it worse, they are using the slogan, “We can’t Breath”, which is deliberately mocking  the race protests that started when a man was suffocated to death by a cop.  I know that sounds evil, and the leaders of it are certainly are, in my opinion,  but a lot of the followers just don’t see the istuation as real. I have talked to some of them, and they really think democrats are making up the black people being murdered and the  Covid-19 pandemic just to piss them off and control them. So they join in to root for their home team. They seem to me to be in some kind of alternate reality,  and while I admire the people who are still trying to talk them out of it, I really think it’s a pointless waste of energy. They need deprogramming, like people who have been rescued from cults. Until that is acknowledged, nothing will change.

Recently, there was an ad put out by sensible Republicans  to try to convince MAGA-Hat people that  they should not vote for Donald Trump again.  It was a nice try,  but I can tell them for sure that  it’s not going to work, because they don’t mention in the video that they are Republicans.  They need  to tell those people they’re on the same team if they want them to listen, and  then work hard to start helping them to de-program. The video is here, if you’re interested. It looks just like something a liberal group would produce, and it is useless. https://twitter.com/murphymike/status/1268997121446801408?s=20

I had to cut contact wtih a lot of people in that mindset because my own mental health is worth too much to me to let anyone push my buttons, and nothing I say to them will matter anyway. Then I realized that I  have a different problem: extremists on the liberal side. These are usually people who I mostly agree with, but they are  so extreme in expressing their views, that they seem like they’re playing the same game as their right wing counterparts. They’re just wearing the other team’s colors. They seem to live to rant endlessly about every celebrity who uses the wrong pronoun or tweets something that might be interpreted as a slight to someone. They sit at their computers and  painstakingly correct everyone about every tiny mistake in whatever the ‘right’  way of saying something is at the moment. They seem to take great joy in finding things other people do that give them a reason to express how offended they are. They are self righteous and relentless, and they are generally armed with good grammar and at least a moderate gift for intelligent debate, which makes them harder to dismiss as crackpots.

I usually agree with the general basics of the beliefs of these far lefters, so I just let them say what they want, and I don’t argue with them. I just try to ignore what they say when I don’t like it.  I agree that people need to be called out when they are wrong, but I just don’t agree with their methods. Therefore,  I can respect their space and keep myself from arguing with them on their own turf,  but often, when I share something on social media myself, one of these types will latch on to a word in the headline or a icture of a celebrity who is loosely related to the situation, and start railing at me and anyone else who has the misfortune to be looking at it.   Other innocent bystanders might comment  with a slight objection, or maybe they’re just not agreeing in the right way,  and they are then dragged into self righteous, inflexible debate for hours if they don’t just flee the situation. If I ask them to stop, I am ‘oppressing people with different opinions than mine”. If I just delete the post, I must be ‘uncomfortable talking about my  bias or secret bigotry’. They can’t imagine that it might be because I just don’t like endless, un-resolvable arguments over details. That I don’t want to see my slightly less liberal friends, or elderly relatives who aren’t as good at arguing get publicly humiliated.  I’m all for civilized debate, but if I know from experience that someone is about to jump on a soap box and refuse to listen to anyone else, I’m deleting the conversation. I don’t care how ‘right’ you are about what you’re saying.  We have enough bullshit to deal with in 2020 for that to ever be worth it.

I don’t know what is in other people’s minds, but it looks from where I’m sitting that for these people, being right is far more important than other people’s mental health or even friendship.  Some of them have a particular pet argument, and others are like that about almost everything.  I knew a white man whose pet arguments were racism and sexism. He was very vocal about how against both of those injustices he was, but he spent a lot of his time telling black people and women how they should  feel about their oppression.  When anyone called him on it, he would freak out and claim to have been ‘attacked’ for his views. There is no way to win or find a compromise with someone like that. No matter what side they’re on.

Are they also brainwashed? I don’t know. I didn’t notice this happening any more than I noticed it with the other ones. Maybe they feel guilty about whatever privilege they have or seem to have, and they’re trying to prove they’re not bad people for it? Perhaps they have become so bored with the echo chamber they’ve created for themselves that they’re desperate for a debate and  have no more conservatives left in their lives to  argue with. Whatever it is, I’m exhausted with it.   I guess some people think arguing is fun, but I don’t. With these people, I’m usually on the same side of the issue. We’re almost always  just arguing about a tiny detail, and that is just draining. 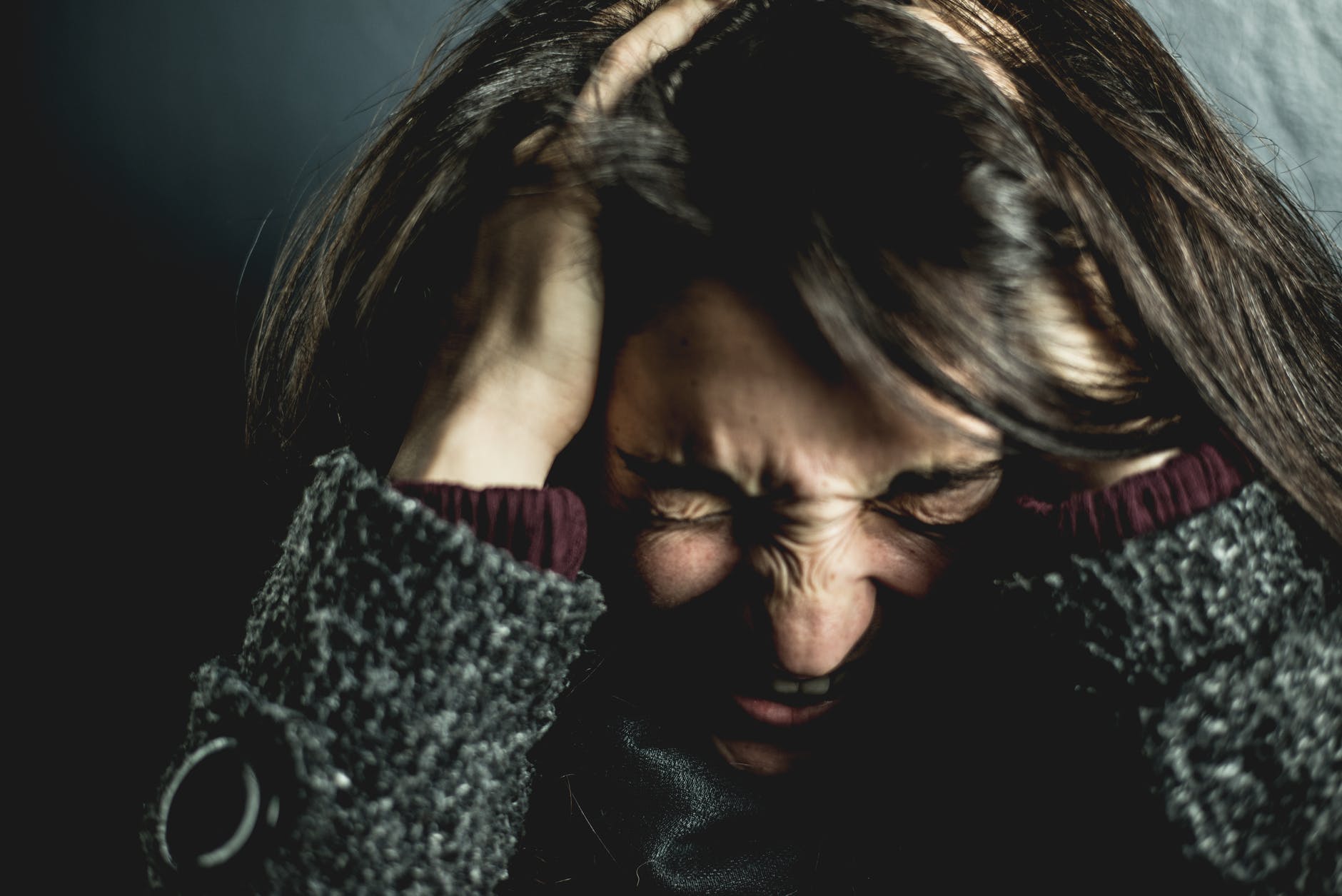 Photo by David Garrison on Pexels.com[/caption]

Both extremist teams seem to me  to lack empathy and don’t seem to remember, online anyway,  that actual humans are complicated. Every person comes to every situation with their own  complicated baggage. They bring with them everything they are born with, everything they’ve experienced and everything they have learned. All of these things factor into a person’s interpretation or reaction to the world. The difference between the two extremes is that one side isn’t pretending to care, while the other side loudly and adamantly claims they do.  Maybe it feels like a game to a lot of people to argue online because you don’t have to look into a person’s face while you’re tearing them down.   Everyone is just an avatar and black and white text on a screen, so it doesn’t feel like they are real.

In order to live in a society, we must deal with other people, and other people are separate, unique beings. They have their own minds,and yeah, some of them are wrong in their speech and behavior. Hell, we all are wrong that way at times (even you, PC Peter). Sometimes minds can be changed,  but running at people acting like a pompous know-it-all with an ax to grind rarely changes someone’s mind.  It usually only makes people angry and defensive.  People on both sides need to chill the fuck out and choose their battles if they are actually trying to get people to listen, instead of having everyone they talk to that isn’t exactly like them quitting every conversation in defeat and frustration.

If it’s just arguing that is fun, I recommend these people who feel that way finding each other and having a group for it or something, instead of continuing to alienate everyone else in their lives.   Don’t we have enough sadness and anxiety in the world at the moment without creating more? Just a suggestion.

5 thoughts on “Extremists on Both Sides Give me a Headache.”